At Mullins Podiatry the podiatrists bring a combination of backgrounds and skills to manage and treat each patient. Regular communication and continuing professional development allows the individual needs of every patient to be met. 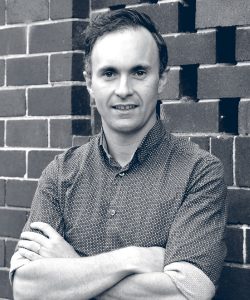 Lloyd Mullins believes in using traditional and modern techniques, to assess, diagnose, treat and manage both general and sports related pain of the foot and lower limbs. He believes in treating the person and not just the foot.

His goal is to improve the mobility and lifestyle of patients from children, active individuals, athletes, elderly and people living with diabetes.

Lloyd is one of Sydney’s leading Sports Podiatrists. He has experience, and a keen interest in all areas of Podiatry. He particularly likes to draw on the unique combination of both of his degrees – Bachelor of Applied Science (Podiatry) and a Bachelor of Health Science (PD.H.PE), to focus on sports podiatry/running analysis, and orthotic prescription. His unique ‘real time’ analysis allows him to run with patients to assess their lower limbs under fatigue in real life situations.

Lloyd has previously worked at The Academy of Sport treating elite athletes and working with the Sports Science departments which are used by elite sporting teams such as the Manly Sea Eagles. Lloyd was previously engaged as a running coach/consultant with 2XU and is regularly involved in product research and development with leading footwear companies. He has also volunteered his time for the Oxfam 100 Trail Walk, and has coordinated the podiatry services for the inaugural Harbour Walk.

Lloyd coaches a distance running group ‘one more mile’ as well as several individual athletes for whom he writes individual programs for events such as the Noosa Triathlon, City to Surf, SMH Half Marathon and several ultra trail marathons. Lloyd is actively involved with distance running himself, competing in both road and trail events.

Lloyd is a member of the Australian Podiatry Association, which keeps him updated on the latest in research, technology and theories pertaining to sports and general Podiatry. 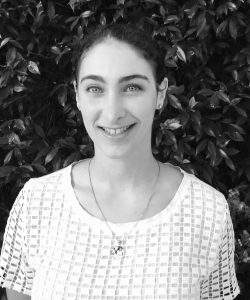 Keren understands how foot health impacts people’s lifestyles and wellbeing. She has a holistic outlook and approach to podiatry. Having completed a Bachelors of Health Science and Masters of Podiatric Medicine she has a deep understanding of systemic conditions and how they affect patients and the lower limb.

Keren has an eye for detail and a keen interest in solving foot pain both acute and chronic as well as general foot care. Having spent some time working in high risk foot clinics and community centres she is interested and experienced in treating patients who have diabetes and diabetic foot complications. Keren has volunteered as a podiatrist at Matthew Talbot treating homeless men with complex foot and systemic health issues.

Keren is member of the Australian Podiatry Association and stays up to date with the latest research and podiatric developments. 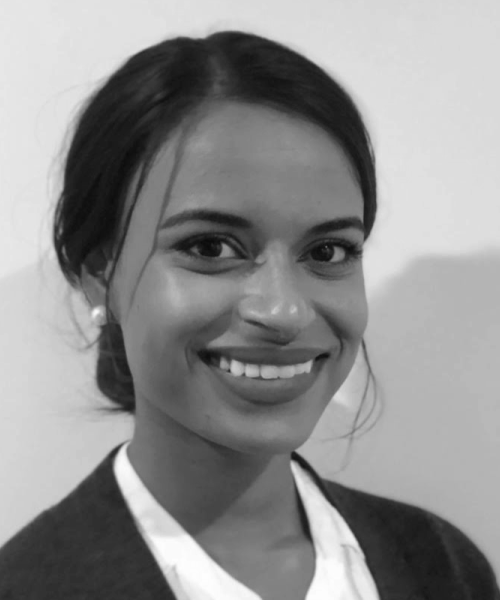 Teja has a Bachelor or Podiatry and is a graduate from the University of Newcastle. Through her ongoing clinical experience in both the private and public sectors she understands the importance of providing thorough assessments and maintaining a holistic approach when it comes to patient
satisfaction.

Lower limb pain can simply prevent people from being on their feet. By living an active lifestyle Teja realizes the importance of treating each patient individually to cater to their lifestyle. It is essential to clearly and academically explain biomechanical anomalies to her patients and provide realistic rehabilitation goals to maintain mobility.

Teja is motivated and interested in ongoing learning to improve treatment of foot pain whether it be from biomechanical anomalies, sports injuries, ingrown toenails and routine general treatments.

Teja is originally from the small town of Parkes, she previously lived in Canberra and Wollongong before relocating and joining us here at Mullins Podiatry. 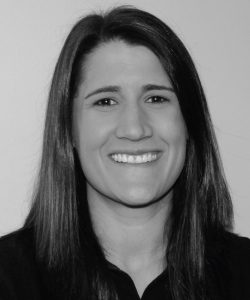 Rebecca completed her Bachelors of Applied Science Exercise and Sport Science before going on to study her Masters of Physiotherapy at Sydney University.

Working in the private practice setting, Rebecca has gained skills in treating chronic stability weakness mainly to the back, neck, shoulder and knee, as well as acute sporting injuries across a variety of codes with targeted and guided rehabilitation return to sport programs.

Rebecca has also completed her Level 1 and Level 2 Mat Work Pilates course from the Australian Physiotherapy & Pilates Institute giving her a sub specialty in core stability particularly to those suffering from chronic lower back pain and women pre/post natal.

Her treatment focus is on detecting, targeting and strengthening underlying core faults in her patients in order to reverse the chronic nature of these conditions and implementing self-management techniques to reduced pain, recover sooner and improve function beyond pre injury levels.

Rebecca has a keen interest in human biomechanics and sport. With her background of exercise physiology, she is eager to rehabilitate those wanting to return to any level of activity. On the weekends she has worked as a sport first aid physiotherapist for various codes including rugby, netball and football.

In her spear time Rebecca enjoys being outdoors and enjoying the various activities that her local beach has to offer.

Rebecca is in our Mosman clinic every Wednesday. Please call to make an appointment. 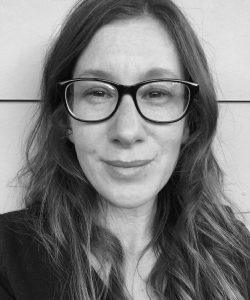 I am passionate about caring for people.  As the first point of contact, I am able to connect patients with our highly skilled  experienced podiatrists. It’s rewarding to know I can help to ensure patients are happier and healthier.
Scroll to top